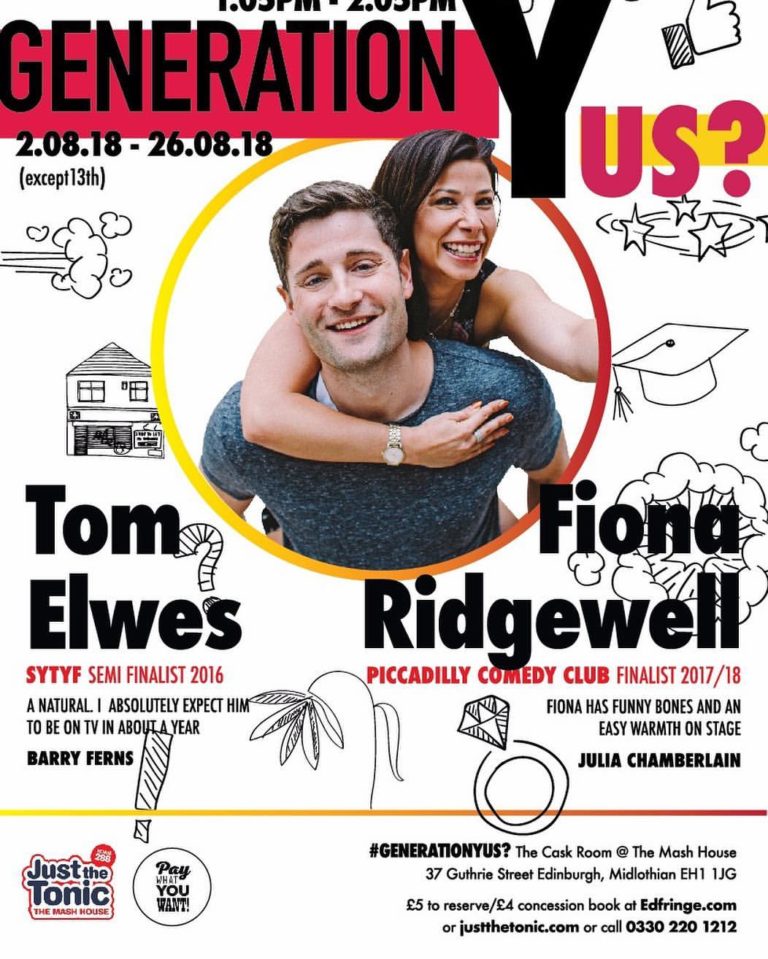 ‘Generation Y Us?’ was a show of two performers : Fiona Ridgewell and Tom Elwes. As the two halves were very different, Fiona is discussed separately in this review, and we will focus on Tom’s show below.

Tom presented the first half hour of the ‘Generation Y Us?’ show. The premise of the show is that two millennials talk about the trials of tribulations of being part of a generation that struggles to get on the housing ladder or secure long-term employment. Plenty of material to cover and important topics to discuss.

And yet, despite asking the audience to challenge our preconceptions of millennials, Tom struggled to convince us otherwise.

Part of this is probably not his fault; Edinburgh and London are very different cities, and bouncing on stage to talk about flat shares in Islington may work well down South, but perhaps less so in the Scottish capital where statistically people tend to buy a house, marry and settle down with kids at a much earlier age.

That being said, Tom did not come across as a very convincing struggling millennial. Perhaps I am wrong, but he just came across as a public school boy talking about other people’s problems. He got some laughs, but it felt like a weak warm up act for Fiona.

Whereas Fiona had a great website with photos ready for the media, Tom had an out-of-date Twitter account and an Instagram profile with some selfies. Maybe he was just in Edinburgh helping out a mate, and if this was the case, I wish him all the best. But if he wants to take his career further, he needs to work on his branding, and in building up a more convincing stage presence with material we can all buy into.