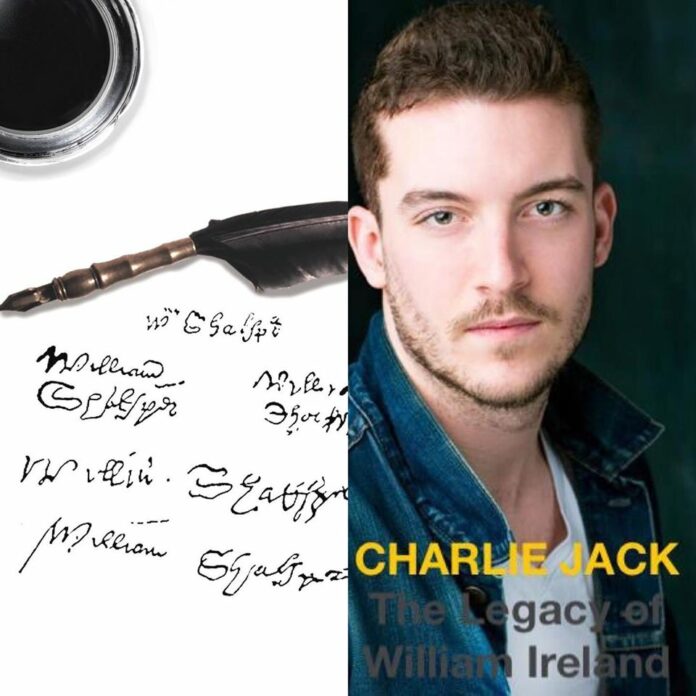 Today is already the last in our ‘Meet the Performers’ series! But fear not, the series will return next year. As for the last of our showcases this year, we have the pleasure to meet Charlie Jack who stars in ‘The Legacy of William Ireland‘, the unbelievable true story of William Henry Ireland who caused riots and the near destruction of the Theatre Royal, Drury Lane in London after claiming to have found a lost Shakespeare Play. Tickets available now from the Fringe Box Office.