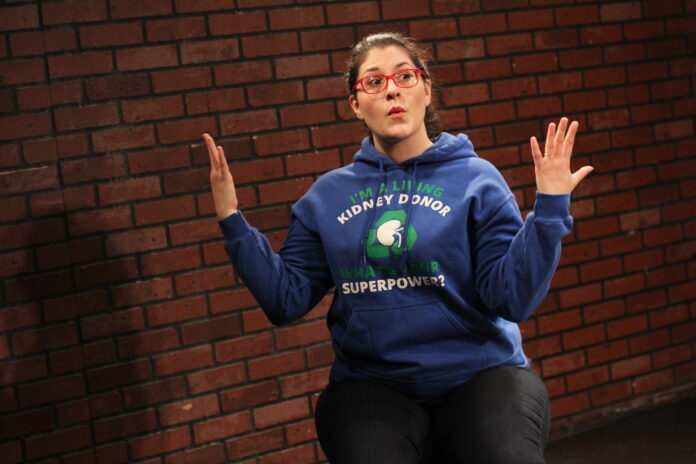 A very special interview today with Amanda Nicastro. An award-winning performer, Amanda brings her acclaimed solo show I’m Just Kidneying to Edinburgh for her Fringe debut. This whimsical comedy tells her real life story about becoming a living kidney donor as part of a paired donation that saved two lives — her sister and a diehard Donald Trump supporter. It is a very timely performance – new legislation to introduce an opt-out system of organ and tissue donation for Scotland just passed the Third Stage in Scottish Parliament last month. This means that once Royal Assent is granted, Scotland will join Wales, England and Jersey in moving to an opt out system. “Being a living kidney donor as well as being a registered organ donor gives me the feeling that I’m a part of something larger than myself.”

I’m Just Kidneying will be performed daily at 14:00 from August 1st-13th, and from August 15th-25th at Sweet Novotel (Novotel 3/ Venue 188). Tickets available now at the Fringe Box Office.