The EFC TheEdinburghFringe.Com
Home Events World Fringe Day – the arts industry is taking a beating, but artists are still innovating online at Fringes around the world 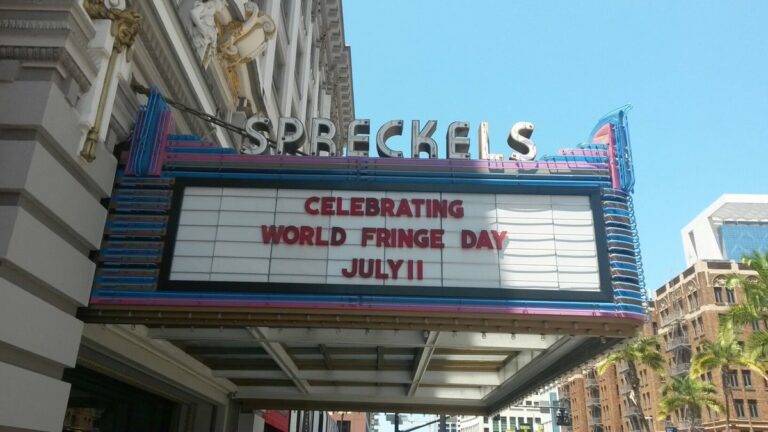 Lockdown, social distancing and little funding – the arts industry is taking a beating in 2020. Against impossible odds, the performers of Edinburgh Fringe Festival and other industry artists are innovating diverse methods to prevail in the current climate.

Rehearsals are cancelled. Shows are cancelled. Performing arts institutions are at a standstill, and those self-employed throughout the arts industry are facing serious difficulties with no clear end in sight. Yet, somehow, great minds are developing other possibilities to keep the creative atmosphere of theatre alive.

The Edinburgh Fringe is both historic and iconic. The largest celebration of arts and culture around the globe, Edinburgh is a city crackling with creativity every August as performers from all walks of life gather together to demonstrate the skills of their astounding crafts to wide-eyed audiences. Born in 1947, the Edinburgh Fringe Festival has, to date, inspired over 200 Fringe Festivals all around the world

But unfortunately, this year it will not be the same.

As many other teachers of the arts have had to adapt to lockdown provisions, so too will the performers past, present and future of the Edinburgh Fringe. For the last few months online classes have become the norm for all students studying from home. Attending carefully planned Zoom classes to maintain a sense of normality has been essential to make progress in their fields.

In an attempt to keep the arts alive, and to ensure the artists behind these productions continue their creative works, theatre director and filmmaker Aydan Wilder, in collaboration with Vibes Art Studios, is attempting to put together an online Fringe Festival. Creating an itinerary of shows and productions that have been performed at Fringe venues all around the UK, including Edinburgh Festival, and London’s Vault Festival, the selected pieces gathered will be accessible for short periods online. 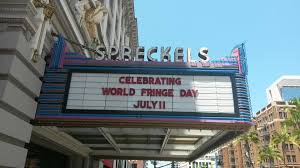 Amongst the repertoire involved will be performances such as an adaptation of Chekov’s Uncle Vanya from Theatrical Niche, Baaba’s Footsteps by Susan Hingley, and The Two of Us created and performed by Mariana Aristizábal Pardo, alongside many other pieces yet to be confirmed.

Far from being an online streaming service requiring paid membership, these shows will be online and free-to-access for all who choose to watch them. However, in an effort to maintain the livelihoods of the artists and of the Fringe itself, donations are requested and very much needed. 10% of all donations are being returned to the festival organisers themselves, and the remaining 90% going to the artists, and directors behind these pieces of art.

It seems that the online trend has begun. We are seeing similar efforts being coordinated amongst fellow Fringe Festivals across the globe. Cincinatti, Nanaimo, and Paris are among many locations holding online Fringe festivals this year with minor changes from festival to festival. 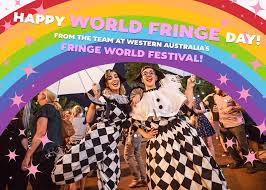 The Paris Fringe organisers attempted a different approach to Edinburgh. Signing up productions from Australia, Brazil, Albania, Canada, India, Italy, Belgium, the UK, USA and France itself, the Paris Fringe wanted to maintain as much of the live atmosphere as it could. Preserving 80% of the shows as live performances was an incredible effort from the Festival this June, with some acts able to live stream directly from theatres and other locations. Other performances were adapted in incredible ways and were live streamed from living-rooms and other home locations. Programme Director Anton Bonnici insisted ‘We wanted to keep that sense of being at a live event, as if you are in the room with the performers’. A challenging, unique, and admirable approach, the birth of the online Fringe Festival seemed to be a success. With thousands of viewers around the world tuning in to watch these pieces, the magic of the arts is being maintained a little while longer, despite the adversity and difficulties being faced.

Across the arts, the desire to overcome our challenges together has been spreading. British artist Frank Turner in collaboration with Music Venue Trust has been performing live gigs from his living room in an attempt to raise money for independent venues in multiple locations. Launching the hashtag #independentvenuelove he has been raising donations to support smaller venues, and their staff, during this incredibly difficult time.

Is this a new online-era for the arts?

As the trend continues, we are seeing more and more artists exploiting online platforms to reach audiences, Camden People’s Theatre is streaming its greatest hits, Gateshead International Festival is taking place on Zoom, and the indie collective Forest Fringe launched Forest Fringe TV. These are opening new and interesting opportunities for art institutions and collectives to grab their audiences, directly within their homes. Paula Varjack, a video artist and producer described the new online opportunities – ‘I’m seeing it as just another form to play with’

But, as with everything, there is a darker side to these developments.

While these online streamings and donations give a chance for public enjoyment, and perhaps a little income for some of the artists involved, without serious changes in the future the arts will ultimately suffer. For one, many are worried that the magic of real theatre will be lost in the attempt to reproduce a large amount of film-like plays. The emotions of actors and actresses baring the souls of their characters on stage just feet away from you in a dark auditorium is irreplaceable on any sort of filming, no matter the equipment, conditions, and skill set of the producers. 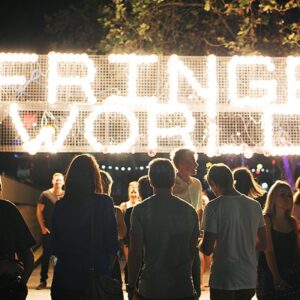 Secondly, the theatres themselves will fail without proper support.

Theatres are training grounds where small plays can be tested and tweaked before taking off, launching new productions every year and creating generations of groundbreaking performances. With the use of repetitive online services and reruns of prerecorded shows, stage managers, technical managers, and other backstage crew are being forced out of work. These hard-working individuals are not acting on the stage, but their skill sets are invaluable and necessary to any working theatre. The more who are forced to change profession, the more knowledge and skill is lost. If that happens, theatres will find themselves hard-pressed to deliver live performances once back up and running.

Currently the Arts are making the best of a terrible situation. With their groundbreaking attempts at bringing Festivals to the masses via online services, they are sending a reminder to everyone that the Arts are not just alive, but necessary to our lives.

Hopefully a lesson will be learned from these troubled times, and 2021 will bring a packed Edinburgh Fringe Festival. We will stand shoulder-to-shoulder with fellow art lovers, watching the beauty and fragility of live performance. We will once more bask in the ethereal atmosphere of theatres, and never again take for granted what we lost this year.

Some other Fringes will go ahead ‘live’ as in previous years but with relevant social distancing measures in places such as Boulder in August and Amsterdam and Gothenburg in September.

The COVID situation means many events have had to change existing schedules, sometimes at short notice. Always check the official website for an event before visiting a Fringe Festival in person.