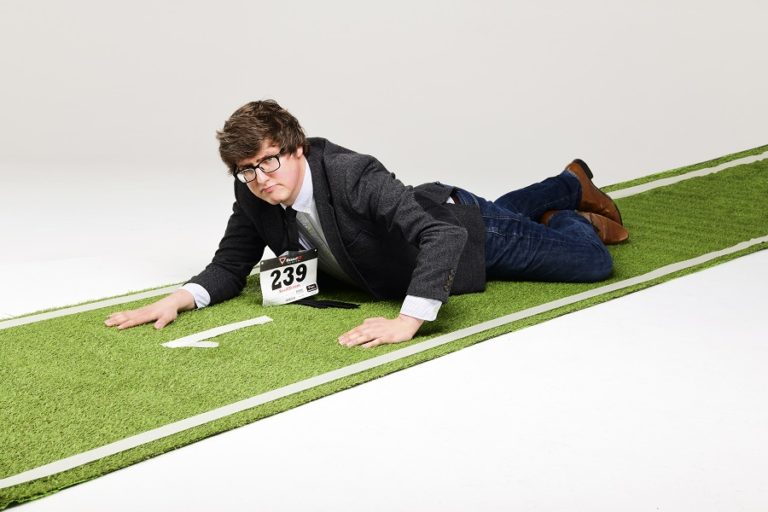 I had recently watched Mean Girls and was sat outside the Tron Church in the rain eating Currywurst thinking about the film as three ‘Plastics’ went by.

I am sure everyone who has visited the Fringe at some point has done this (by this I mean both watched Mean Girls and sat outside in the rain eating Currywurst).

The dreich misty rain turned into a downpour so I scrolled through my Fringe App looking for a nearby show. Like some comedic version of Grindr, I managed to find a young lad called Glenn wanting to offer me a fun filled hour just 100m away. ‘Fetch’ I thought and hurried to the shelter of the Tron.

The Tron venue is perfect for stand up, and Glenn was already there welcoming the audience. You go Glen Coco!

Unlike the non-speaking role of Glen Coco in Mean Girls, Glenn Moore actually had a lot he wanted to talk about in his show. And I honestly admire his ability to deliver an hour long show without hesitation or pause. Glenn is a comic express train and he wasn’t stopping until he screeched to a halt at Waverley.

His self-depreciating humour swirls around themes such as drunken surgeons, pyjamas, moving to London, housemates and Tim Peake. The two main subjects though are his application to live on Mars and secondly his inability to tell the whole truth during his sets. Frankly, the show might have worked a little better with slightly more on the Mars theme and a little less on the truth theme which came across as a little nonsensical at times.

That being said, there were very few moments in the show when the audience were not laughing and his ‘little boy lost’ charisma and stage presence won everyone over. Glenn is definitely a star in the making and one to watch for future Fringes

You go Glenn Moore. Four candy stars for you!