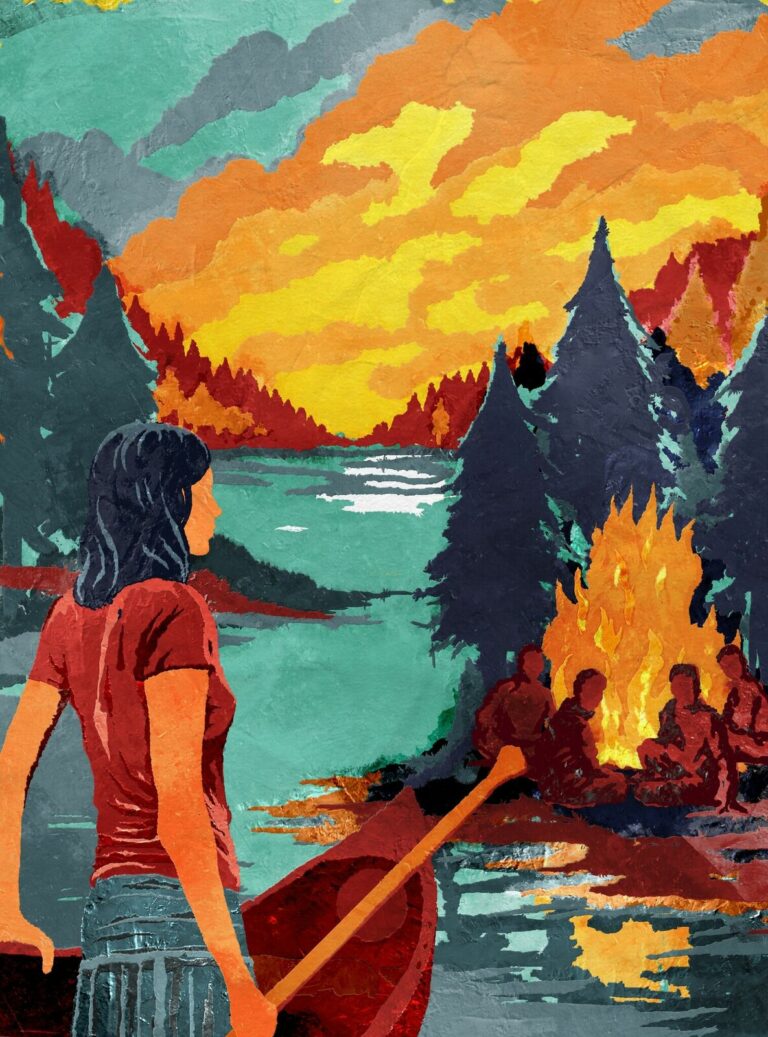 Today in our ‘Meet the Performers’ series we meet Jonathan Caren, multi award-winning US playwright, and writer of ‘Four Woke Baes‘. The play asks just how liberal “woke” boys really are when they’re alone together, out in nature, beers in hand. With a stellar cast, a Fringe Premiere and the exploration of some very topical themes, ‘Four Woke Baes‘ looks likely to be a Fringe must-see!

Hi! I’m Jonathan Caren, and this is a dark comedy about four men with very fixed perspectives on monogamy who are all equally stirred up and challenged by an unexpected visitor that appears in their campsite.  It’s a play that deals with traditional relationship dynamics in a time when men and women have never had more options, from dating apps to polyamory to virtual sex.  For me, it’s a deep dive into the psychology that has led to much toxic male behavior in our culture, especially the men who think they’re on the right side of the #metoo movement. It’s one thing to be “woke” on Facebook… but what about alone in the woods?

We want to create a forum where it’s safe to discuss fantasies and fears around sex, especially within a marriage or partnership.  We also want audiences to laugh and be shocked by the behavior in the play, especially if it feels close to home.

I expect to make at least 18 new friends. Anything less than that and I’ve failed.

Have you been to the Fringe before? What is the worst rumour you have heard about staging a show the Edinburgh Fringe?

I know absolutely nothing except that I plan on seeing a lot of theater and sleeping very little.

There is an express train of talent heading to Edinburgh for this production. What is the story behind how such great artistic talent came together to perform here in Edinburgh?

I’ve been workshopping this play for the past year with Teddy and each of these actors either read a part or read the play or expressed interested in it at some point. I was excited about the international conversation that is happening around masculinity.  We’re just lucky to have so many artists interested in making something from the ground up.

That monogamy, while a sacrifice, can also be quite sexy and novel.  We live in a time when people want everything, and they want it now.  But to appreciate anything, there has to be a cost.  Nothing is worth the price of sacrificing one’s truth in a relationship, so whatever your boundaries are, make sure they’re clear.  The truth always manifests one way or another.

Your play is entitled ‘Four Woke Baes”, which for those not in the know is US slang for ‘four enlightened boyfriends’.  Your play questions just how enlightened these ‘woke baes’ are. In general though, do you think that the term ‘woke’ now has negative or positive connotations for the wider public?

The title is meant to be a tongue-in-cheek send-up to any man who considers himself a “woke bae.”  Every man is fallible to a varying degree, so to consider oneself enlightened in today’s day and age highlights the precise hypocrisy of our male-driven culture which we are trying to address.  I think a “Woke Bae” does have a negative connotation, but the idea of it in this context is also pretty hilarious.

The staging sounds ambitious. How are you going to bring a rafting/ camping trip to life on stage?

THEATER MAGIC.  We give away nothing!

How are you promoting your show in the run up to the Fringe? (Feel free to mention social media accounts and preview shows here)

We will have video interviews with the cast and crew as we ramp to reveal the play at the festival.

Four Woke Baes will be performed daily at 17:05 at the Underbelly, Cowgate (Belly Button/ venue 61) from August 1st-11th, and from August 13th-25th. Tickets available from the Fringe Box Office.