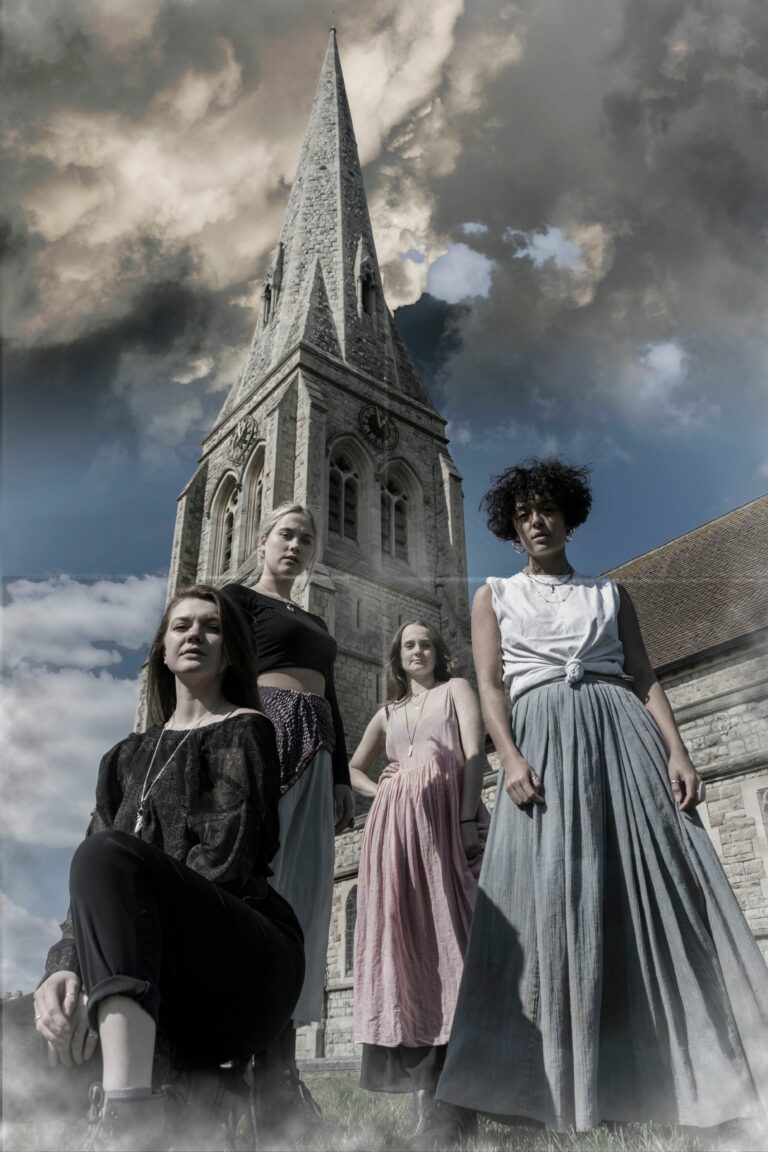 ‘The Burning’ is the latest production from physical theatre company Incognito, who aim to re-tell traditional stories in a fast-paced and unique style. Seasoned Fringe performers – past productions by Incognito include ‘Dorian Gray’ and ‘All Quiet on the Western Front’; this year they are performing a play which follows the lives of women and their witch hunters ‘in an epic story through time, history, capitalism, and the consequences of societal fear when faced with change‘. Incognito Performer Jennie Eggleton gives us more insight into ‘The Burning‘.

Hi! – I’m Jennie Eggleton and I am one of the performers in The Burning.

I mean it’s pretty difficult to narrow it down to just one reason, but if I must… It’s got to be the powerful, high energy physical performances that will challenge your perception of the ‘witch’… plus some kickass music from Phoebe (one of our performers)

I think the idea of a successful Fringe run is about getting great feedback from audiences who love the show and really understand why we have created it and what we want to say. Also getting to the end of the run and still getting up and wanting to perform come rain or shine each day is always a good sign!

1. See as much as your budget allows! I love how many varied shows you can see in one day – it still blows my mind every time I perform there.

2. Sleep and hydrate! Quite dull but easy to forget amid the blur of shows, bars and late-night comedy!

3. Don’t dismiss all the flyers you’re given.  I know by the 13, 15th you will be very weary of cheery performers or flyerers flogging their wares but if you have a moment to read what’s in your hand you may find that hidden gem you’ve actually been dying to see.

Your production follows the lives of women and their witch hunters through time. Is this a modern rendition, historical or timeless?

The story intertwines true historical accounts of witches and their persecution with a very modern story of a young woman looking back on her ancestry. I think audiences may (or sadly may not) be shocked at how the treatment of women in some ways is still the same as ever… The more we research the play the more I am completely overwhelmed by the parallels between female persecution then and now.  Having said that the story also celebrates womanhood and female friendship, and that is a theme that is completely timeless.

We hope that audiences will join us in examining both modern and historical ‘witches’ and who really put that label on them.  What does it mean to branded with that word and why do we still insist on categorising women in that way?

Who are the witches and witch hunters in modern British society?

This is a complex question but if I really simplify the definition of a witch to a woman who does not conform to the norms of society, or a woman who breaks the mould, then you can relate that to fantastic modern women who are ground breaking and ‘different’. Maybe these are female celebrities or women in politics – women who speak out and make trouble. It is then clear to me that it is the media/social media that becomes the modern ‘witch hunter’ – people who feel they can attack and try to marginalise these women with no fear of reproach. Obviously this a wide generalisation, but the freedom of social media means that people can say what they like and harm who they like, and they are hidden behind the faceless power of these sites – something that has a lot of similarities to an historical witch hunter.

Your show has an all-female cast – a first we believe for your Theatre Company Incognito. Are there still too few productions that are all- female?

The Burning is the first all-female show Incognito have produced, which is a great step for the company, though they did have an all-female production team on the last Edinburgh Show which was fab! I think recently there have been some amazing shows that have really highlighted audiences’ hunger for all-female productions. I just saw ‘Emilia’ (which one of our cast members, Cora, is currently in) and the atmosphere was electric, and I definitely felt like there was something shifting – the theatre itself felt like it was shaking with the roar of the audience! Hopefully it means that all-female shows will continue to get more funding and support (which is still the most difficult thing about making theatre) and that it will become part of the norm, rather than something that is a huge talking point every time it happens.

The Burning will be performed daily at 15:15 at the Pleasance Courtyard (Upstairs/ Venue 33) from July 31st to August 12th and from August 14th to 26th. Tickets available now from the Fringe Box Office.