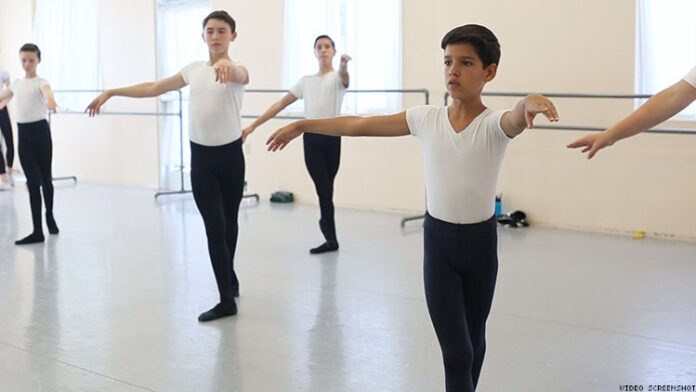 Dancing is one of the most visual art forms. Movement created for the sake of expression, brought to life in soft slow sways and energetic leaps. Efforts are now being made to cross barriers and bring the beauty of dance to visually impaired people, and it’s being done with the same grace and sophistication that are displayed on the stage.

Dance is an incredibly visual art. Movements are honed and trained for years to produce the most pleasing aesthetics, the most elegant lines, alongside silent acting that is designed to scream volumes. But that isn’t the entirety of a performance.

The frantic footfalls of the dancers, the music of the orchestra, even the reactions of other audience members all play a part in the magic of theatre. Without those, dance would be far less magical in its production. Therefore logically they are inextricably part of dance itself.

With blind and visually impaired people being able to experience these impressions of a show, it’s a surprise that advances in support haven’t been made sooner. But now, companies, theatres and dancers are banding together to provide a network of support, the likes of which have never been seen before.

While not exactly a new idea, more and more companies and theatres are opting into options such as this. It gives the chance for visually impaired individuals to not only enjoy the atmosphere of a live performance, but grasp a sense of what is being shown on the stage.

Whereas other companies are just turning to this trend, Colorado Ballet have been offering this service for over 15 years, offering services to countless patrons via their program ‘Ballet for Blind.’ For every story ballet they perform in a single season, there is a heavily discounted, audio-described performance for those within the program.

An educator, one who is intimately familiar with the particular ballet, sits far back within the audience. As the ballet progresses, they provide a continuous description of not just the actions on the stage, but the sensations, costumes, and mood. If a patron wishes to turn down the narration and focus on the orchestra and ambience? All they have to do is turn down the volume.

This method has brought hundreds of patrons the chance to enjoy the escapism and magic of live dance, and Colorado Ballet is not alone in their efforts. Northern Ballet Theatre and English National Ballet are among many companies who have enrolled in these tremendous efforts of bringing ballet to the blind.

To allow blind and visually impaired individuals the chance to immerse themselves more deeply within dance, they also offer pre-show touch tours. A chance for audience members to move about the stage and understand the space around them, knowing that everything they will soon bear witness to will be performed in that very same area.

Texture also has an incredible capacity to inspire emotion, although it’s one that sighted people often overlook. That’s why audiences are given the opportunity to feel props and costumes along the tour, building the image of the performance within their own heads.

At Colorado Ballet they also provide texture-painted dolls to provide examples of the dancers movements, demonstrating to audiences how the performers will hold themselves during the ballet. Layer by layer the creativity and magic is produced long before any dancers launch themselves on the stage.

Some incredibly generous venues are now providing workshops before the performances themselves. Not content with narrating the show and providing interaction with props, companies are now offering blind and visually impaired individuals the chance to work with the dancers themselves and experience the movements.

Having the opportunity to work with talented and physically capable dancers explaining their techniques and movements in close proximity is a priceless opportunity for those lucky few. They also involve themselves in deep discussions about musical motifs, and the physical language expressed within ballet performances.

The blind leading the blind

An age-old adage used to describe a situation where no one understands what’s going on, but now that’s not the case. One dancer is changing all that.

Mana Hashimoto is a renowned professional dancer and choreographer. She is also completely blind.

Having trained in classical ballet when she was younger she suffered optic nerve atrophy while at her professional school. How was she supposed to spot her turns? Or critique her own positioning in the mirror?

A fellow student helped her turn her situation around. Working together closely on the barre, they worked together as a single unit, with combinations and corrections being called out by her sighted friend.

This display moved a teacher to tears, and solidified Hashimoto’s new raison d’être.

For the last 20 years she has choreographed and performed solos, needing little more than an open space and occasional textures on the floor. Alongside her work as a professional dancer, she runs workshops for visually impaired students.

The students enter her personal space, and follow her movements with her hands. There is no shame or compunction in such intimate proximity, merely a story being simultaneously told and felt. Dialogue is open, she explains to students how her body is moving, and they feel not only the movement, but the complex musculature and support of her body.

In some ways, they come to understand the movements far better than a sighted audience ever will. Physically noting how each arm movement comes from the muscles surrounding the shoulder blades, witnessing alternate muscles interact in perfect conjunction to create the slightest shift in weight.

It is a beauty beyond words and an indescribable experience – much like dance itself.

Slowly but surely, companies around the world are peeling back the layers that form dance, and are sharing the experiences that make dancing such an incredible experience. They are showing that dance can be felt without being seen.

The world is a great deal more magical because of it.