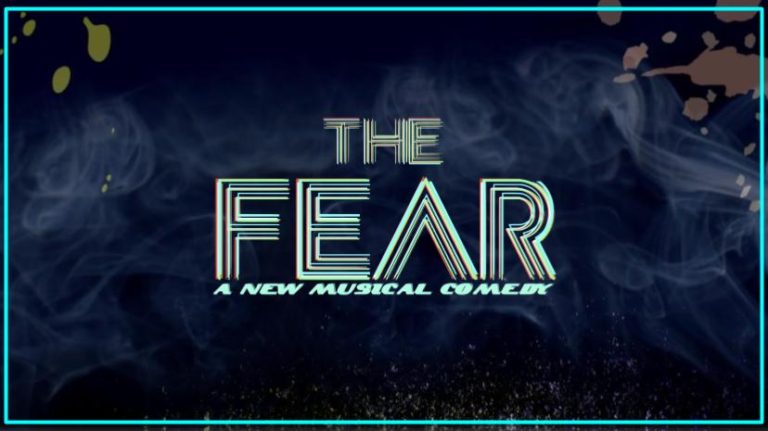 The Fear by Tom Carswell

‘The Fear’ by Manchester Musical Revue was a musical comedy plying at C Venues at Fringe 18 about the lives of university students during their final year. The show got some great audience feedback, and a five star review from Musical Talk. Co-creator and production manager of ‘The Fear’ Tom Carswell talks to us about his Fringe 2018 experience and what the future holds in store for himself and the show.

Today, we welcome Tom Carswell of the comedy musical ‘The Fear’. Tom – tell us a little about your show.

The Fear is a new comedy musical by Carswell, Pearce and Pope. This rip-roaring pop/rock musical takes the audience into the student house of Ash, Ferg and Sam as they struggle to cope with the ups and downs of their final year of university with drink, deadlines, distractions and a pet hamster, named Arthur Schopenhauer. Described as ‘A hilarious and poignant must see – 5 stars’ by Musical Talk, the UK’s leading Musical Theatre podcast, it is a nostalgia ride for all those who have been through the university experience, complete with a live, onstage band. Hold onto your hamsters, embrace the absurd, it’s a bumpy ride!

1. In three words, how was the Edinburgh Fringe 2018 experience for you?

2. What was your Fringe highlight?

Our first standing ovation on our 4th show. It was that moment that we knew we had a special show on our hands. Getting recognised around Edinburgh was pretty cool as well.

We had a few struggles with our venue (That’s probably all I’m allowed to say on that).

4. We are interested to know your thoughts on flyering. Is it still an effective strategy? Did other marketing tools such as social media or positive reviews succeed more in getting bums on seats for your show?

We found flyering a hard task this year. We were on at a really late slot (23:10) and so trying to find people who weren’t already heading home or nearly blackout drunk was a hard task, and too many families were out earlier in the day which wasn’t any use due to the nature of the show. Our audiences did pick up after we had our first couple of reviews and we had a big social media presence which helped a lot. Ultimately flyering is still needed, especially in that hour lead up to your show, it’s a great way to usher people in through the door as there are lots of people who wander about just looking to stumble into a show they know nothing about

5. Tell us about your audiences this year. Was your typical audience member who you would have expected to come? Any surprise audience moments?

Our show is very student based, it is about students and written by students, and so we naturally believed it would solely appeal to that demographic. However, we were surprised that we had all ages coming and loving the show. We had a lot of older audience members saying how glad they were that university life hadn’t changed a bit since they were there, and made them very nostalgic about their experiences of student life. Our favourite audience members were groups of Americans and Canadians as they would get most involved in the show, whooping and cheering along to songs. They even at one point told me my shirt was sexy mid-way through a scene which was very kind of them.

Six the Musical was just incredible, it is just non-stop fun and the talent on that stage in phenomenal. We were lucky enough to have a drink with one of the writers Toby Marlow, after one of The Fear, shows and he was so great to talk to and offered us lots of advice for our own show.

7. What tips do you have for first time performers at the Fringe?

Do as much of the work and planning as possible before you get to Edinburgh, if you plan correctly beforehand you can just enjoy yourself when you’re there. Live in the moment. It’s one of the best experiences a young creative can have. Throw yourself in, meet as many people as possible and you’ll never forget your time there.

8. What was your relationship like with the reviewers / media and what could be improved?

We had a wonderful time with reviewers, they were all so lovely and so willing to send us any feedback on our shows. Christopher Pope (one of my co-creators) and myself recorded a lovely podcast with Musical Talk, one of the UK’s leading Musical Theatre podcasters. Thos Ribbits, our interviewer and reviewer, was great to talk to and we ended up recording an hour long podcast just on our show, which was an amazing experience and opportunity for us and our show.

9. How has the Fringe helped your career?

We’ve created lots of contacts through it, and there is genuine interest now for The Fear to have a life after Edinburgh, which is extremely exciting. We’ve had lots of people register their interest in helping our show get bigger audiences, and without the Fringe that never would have happened.

B. A few questions to get to know you better…

10. When you are not performing how do you like to unwind?
There was a lot of napping at Fringe, we had such a late slot and trying to keep your energy up at 11pm was a hard task when you wouldn’t get back, even on a quiet night, until past 2am. I personally like to listen to a lot of music or watch some Netflix, just to take my mind completely off the show, otherwise The Fear just plays on a continuous loop in my head.

11. What is your favourite tipple?

A Gin and Tonic at the end of a night.

I’m probably Dobby, mainly cause finding a clean sock whilst I was in Edinburgh was almost impossible.

13. What is your pet peeve when performing?

People taking photos doesn’t bother me that much, mainly because if they want to take a photo of it, it generally means they’re enjoying the performance, and we had a few parents taking sly photos during our run. Someone who’s got their head in their phone, especially when it’s on full brightness, or a phone going off can be an annoyance, luckily I didn’t spot or hear any phones during our run this year.

14. Would you ever go on stage naked?

If it was a necessary part of the plot or character development, I don’t see why not. My mother’s said she won’t be in attendance though…

15. Where in Edinburgh is your favourite place to eat out, and where to dance the night away after?

I had to ask the rest of the cast this question, cause I’m sure I would get the vote as most boring during the run as I always went home earliest to sleep. Our first choice bar was always Finnegans Wake. Great live music, half price drinks with our Fringe passes and just a great atmosphere. Sneaky Pete’s and Mash House were also favourites. Our favourite food was a 24hr bakery we found 5 minutes from our digs. A drunken chicken curry pie at 4 in the morning never tasted so good.

16. What have you done since the Fringe and what is the next big thing in your calendar?

I am personally off to start an MA course at Guildford School of Acting, so that is my main focus for the next year. However, the other two writers and myself are busy working on The Fear’s return so keep your eyes peeled on all our social media pages for some exciting announcements.

I personally won’t be able to due to GSA commitments, but I am hoping you will be seeing The Fear and our company there in some way shape or form. 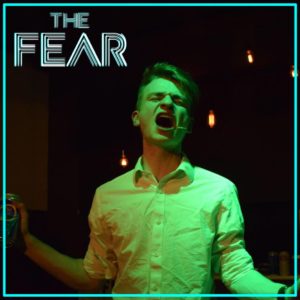 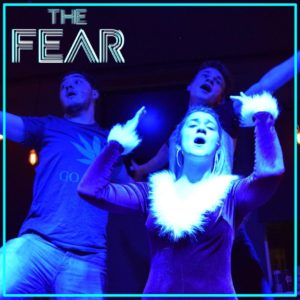 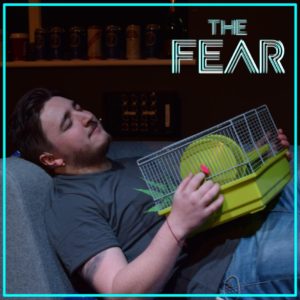 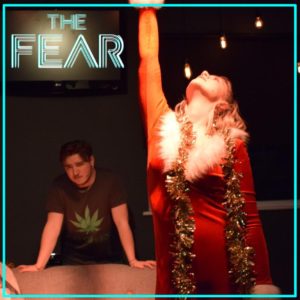