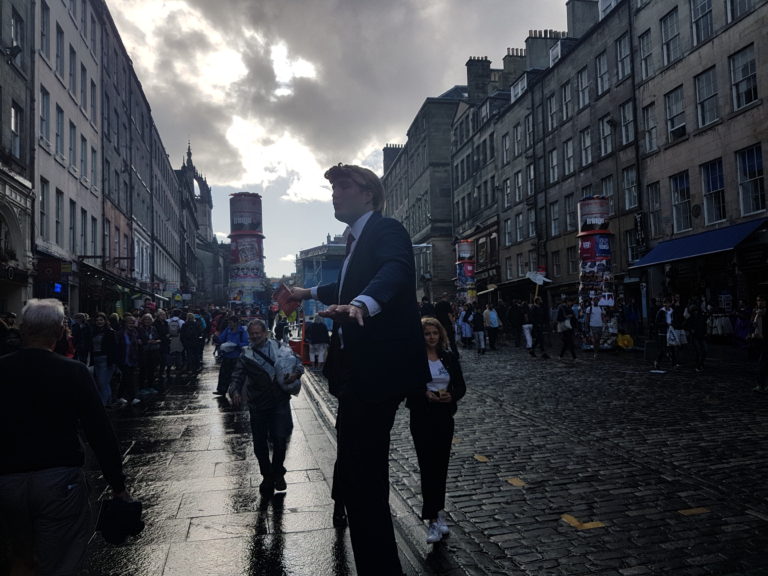 Two Thirds Comedy bring their musical comedy ‘Trump’d’ by Joshua Peters, Aron Carr and Adam Woolf back to the Fringe.

Set in 2030, the liberal world of Clinton and Obama is now a distant memory. Gun sales are up, the Democrats are down. After fourteen years in office, Trump has many enemies – but a new best mate in the form of Arnold Schwarzenegger, his Vice President.

The plot is loosely based around the Wizard of Oz. Except the Tin Man is now the Mexican Liberation Front, the Cowardly Lion is represented by the last two members of ISIS and the Scarecrow by ex supporters turned Nimbies not wanting a huge wall in their backyard. And Dorothy…Mike Pence?

The show is not a hard sell satirical comedy with a political agenda, a trap many Fringe shows fall into, rather one which drew you in with its high energy and fantastic cast chemistry.

Trump is so ridiculous and extreme in real life he is hard to parody. The show achieves this through song, giving new lyrics to well-known Disney and Musical numbers . Yes it was off-key and yes the dancing was a little off-rhythm. But the audience wasn’t here to watch X-factor or Strictly come Dancing. They wanted a light musical comedy, and that is what Trump’d delivered in spades.

Trump and Brexit themed shows abound this year, and it would be easy for a Trump based show to get crowded out. Trump’d, however, was full to the rafters. In part,  I think this is due to the hard work of the street team, including star of the show Jack Bolton entertaining crowds on the Royal Mile in character. The pout, hair, accent and gestures capture Trump so well, I could well imagine seeing Jack doing this routine on TV sometime soon.

So no fake news – this is a comedy musical you have to see! 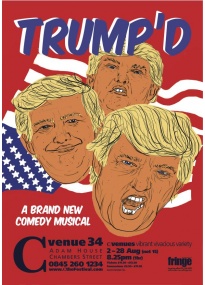