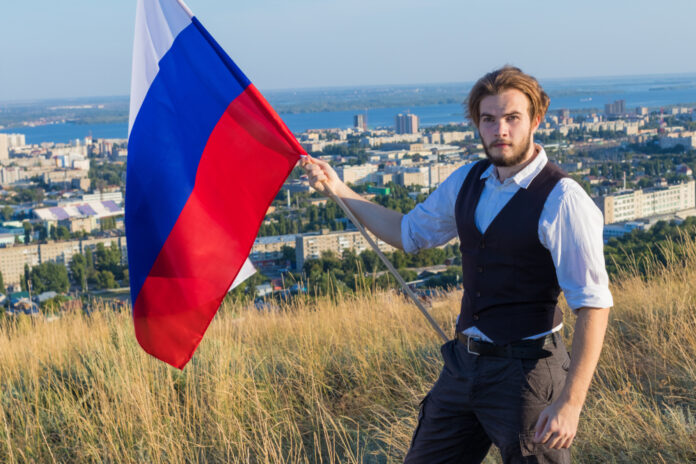 As we have featured America and France in our must-see lists, it is only fair in terms of global détente that we also feature Russia! In fact, there is a wealth of talent both from Russia and shows featuring Russian themes at Fringe this year. Here are 10 we picked as must-sees!

This highly innovative show from the Russian theatre group PosleSlov will be a must for fans of artistic and physical dance.

“Where can we find a connection between the two worlds in which we live – the world of determination (digits, reasoning) and the world inside (unexplored, full of Eros, frightening)? How can we explore this without losing sanity? Ariadna guides you through the labyrinths in which modern people roam: gender, body and its objectification, mundanity and mystical feeling. Dip into the primordial, to ancient mysteries and archetypical images, whilst experiencing the very moment of contemporaneity. In the liminal space of the show a new world is being constructed – a one-of-a-kind, never to be recreated.”

A Moscow native, this is Helge Feldman’s first full Fringe run. Her interesting background and rising comic star means this show is definitely worth a shot!

“Raised to win (cause who likes a loser?), it took her nearly four decades of childhood to achieve vulnerability and embrace failure. Finally, an accomplished loser, this Moscow native fairy tale princess is sharing her story of beasts and beauties, in her first full run at the Fringe“

The forest s a magical place in Russia. A place of sanctuary from the Mongols, a place of myth and fairytale, but also a place of plenty in terms of the mushrooms and berries it provides. This etheral show examines the relationship between humans and nature and might give you an insight into the Russian soul!

“In Forest, the latest graduates, from the legendary Moscow Art Theatre School, explore the eternal relationship between humanity and nature, through a fantastical journey of bodies in motion. The audience are invited to connect with the deep patterns of consciousness that are found in the harmonies and rhythms of life. What is the fate of intimacy in a world divorced from nature? Are there rites and rituals, which can tie us to an eternal spirit of place? These artists ask these questions with a sense of contemporary urgency. A unique international festival event from uncensored contemporary young Russia.”

“Days of myths, fairy tales and privacy are gone. We know all the data, now how do we live with each other? And can people actually build a life together based on anything else than shared delusions? Russia’s Fringe veteran of political comedy and philosopher by training, Oleg, presents a new show about fake news and freedom of speech, magical realism and transitional capitalism, global politics and dysfunctional relationships. ‘Razor-sharp insight and rapid-fire laughs’ (Manchester Evening News). ‘Highly intelligent’ (Chortle.co.uk). ‘Impressive’ (List). ‘Good dose of satire from Russian perspective’ (FringePig.co.uk).”

Русский Стенд-ап? Он на самом деле существует! Russian stand-up? Yeap – it exists! And like buses, you don’t just get one Russian comedian here at Fringe, you don’t even get two, you actually get three coming along at the same time!

“Have you ever wondered: what is Russia like? Do they laugh there? Why is it run by a shirtless man on a horse? Let some of Russia’s finest comedians answer these questions and a few others with an hour of stand-up about Russia, Britain and, er, outer space. The Russian Comedy Experience is back after a hugely successful run at the Fringe 2018, featuring the best comics from Russian TV, including: Milo Edwards, Anton Borisov, Ivan Yavits and more… ‘Effortlessly funny’ (TheTab.com).”

The Russian Roulette show returns to fringe. No pistols, but plenty of comedy ammunition the wealth of Russian literature for this unique improv show!

“Ahh, Russia! Home of words! Home of books and plays! Home of Tolstoy, Dostoyevsky, Checkov, Brezhnev, Gogol! Russian literature is the finest in the world. Gambling devices are also excellent! In this show, we combine Russian literature with gambling devices! Hurray! Roll a five; someone gets cholera! Land on red and communism happens! Roll a seven and Anna Karenina turns into a balalaika! Roll a one for the KGB! Comedian Will Seaward and actors Sullivan Brown and Jonathan Ashby-Rock present this show which puts dice back in Dice-toyevsky and the bookie back in Russian books! “

Rave reviews last year for this one-of-a-kind show exploring the human body and nudity. And yes – that is a hand in the photo!

“Does a body make us human? Does it have a soul? What hides beneath nudity? What is nudity itself? Nudity is extreme openness and vulnerability and, at the same time, an incomprehensible power connected not only with sexuality. The magic of Eros, the compelling power of nudity, the way up and the way down, transcendence and co-creation, fragility and strength. Life, death, pain and love – all of this complex and unspeakable physical phenomenon is what we are researching in (Some)Body. ‘Hypnotic’ (Guardian). ‘Bold, sensitive and meaningful’ (FringeReview.co.uk). ‘Compelling’ ***** (BroadwayBaby.com).“

Seagulls in Scotland have a bad chip-stealing reputation. But ‘chaiki’ (seagulls) in Russia carry positive connotations of Chekhov and space flight. This Scottish production written by Mark Westbrook looks like it has successfully captured both the angst and the aspirations of the era.

“Discover the true story of Valentina Tereshkova, a young textile worker plucked from obscurity to lead the Soviet Union’s race to the stars. With her nation competing against the United States to put a man on the moon, Tereshkova, (code name – Chaika: Seagull) becomes the first woman in space. However, she immediately encounters a catastrophic mechanical problem that could lead to certain death. Meet Yuri Gagarin, the Soviet Space programme, and discover the secret Tereshkova kept for over 40 years. An uplifting, magical drama about brave young cosmonauts who risked their lives for progress.”

After graduating from Cambridge, Milo decided to go to Moscow for a sort of gap year to improve his Russian and do something a bit different. This ended up in him performing on the Russian version of Live at the Apollo. This is his story.

“What’s it like to have 15 minutes of fame in the largest country on earth? The debut stand-up hour from British comedian and former Cambridge Footlight, Milo Edwards, about how he became a Russian TV star, had a gun pointed at him and discovered that the way home is sometimes hardest to find. Pindos is a show dealing with celebrity, language, politics and sending dogs into space in the name of communism. ‘Fantastic… had me in hysterics’ (TCS.cam.ac.uk). ‘Effortlessly funny’ (TheTab.com).“

What happens when you (literally) crash down to Earth after a period of super celebrity? This new play from Slipshod Theatre examines what happened to Yuri Gagarin when he came back from space. You can also check out our video interview with the Slipshod team here.

“The first man in space is back on Earth and facing new temptations. Fame, fortune, alcohol, nostalgic space anthems and sex. Can this cosmic captain control his space junk? A psychedelic, daring trip into the world of overnight stardom. The Yuri Gagarin biographical musical delving into the mind of a charismatic but troubled hero. Featuring a foot-stomping blend of original songs and timeless space-themed classics with a live band. What does it take to make a Soviet man a worldwide legend? ‘Nobody leaves without a smile on their face’ (TheOutlierScotland.co.uk, 2017). “