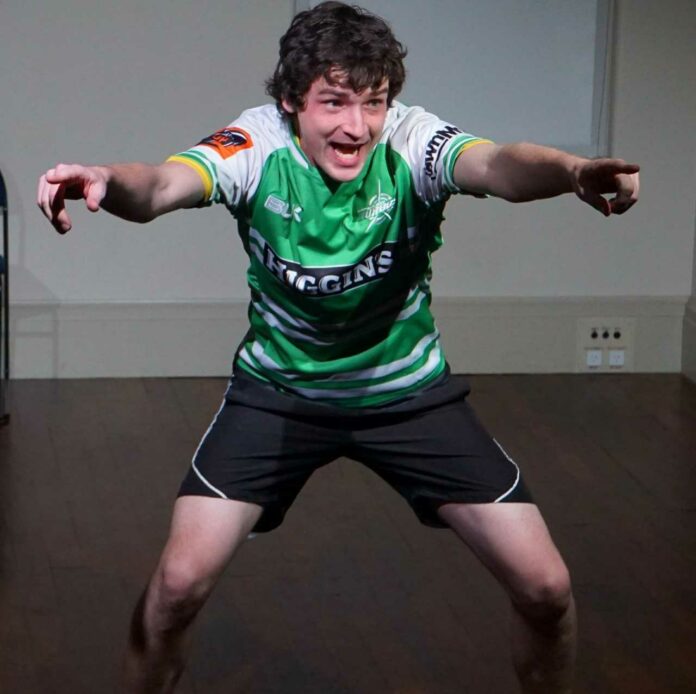 Today we meet Christopher Watts of No Borders Performance. His show – ‘Bleeding Black’ – explores the darker side of ‘hyper-masculinity’ against the backdrop of growing up playing rugby in New Zealand. Bleeding Black will be performed every day from August 2nd-10th, August 12th-17th and August 19th-24th at the Greenside@Nicolson Square (Fern Studio). Tickets available through the Fringe Box Office.

1. Can you introduce yourself and your show  (Bleeding Black) ?

4. What are your 3 top tips for first timers to the Edinburgh Fringe?

Tip 1 – See everything you can! It is such a unique festival and it’s so rare to see such a variety in one place.

Tip 2 – Go everywhere you can! Even outside of August, Edinburgh is one of my favourite cities to explore. During August, you will never run out of things to do.

Tip 3 – Make it fun! The fringe is stressful, but we all get to the end eventually. And it’s gonna feel so much better at the end if you make every day as fun as you can.

5. Your show’s description reads : ‘Bleeding Black explores the darker side of that identity, where hyper-masculinity bleeds into everyday life, affecting everybody in ways that are often ignored or overlooked.’ What is hyper-masculinity?

6. You describe your show as a ‘black comedy’. This is often said to be the most difficult form of comedy – is building empathy with the audience key?

7. How are you promoting your show in the run up to the Fringe?

8. Do you have a target audience for our show?

9. We all need a laugh – tell us your favourite joke!